Veranda, Terrace, Porch What are the differences 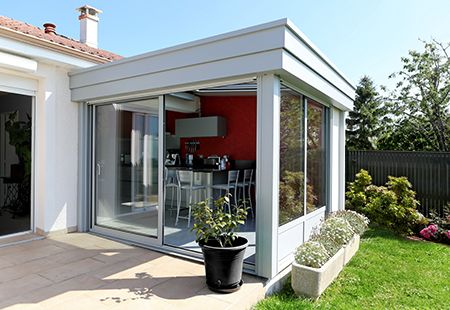 Wood when used as the main material for private housing shows universal properties. Thanks to them with ease erected a variety of structures and elements of buildings, including such popular as a veranda, terrace, porch. Being largely similar, the listed structures still have some individual features. Porch refers to the annex to the main building, which is designed for exit and entrance to the house.

An area in front of the entrance door and the stairs leading up to it are a must. Often a roof is built over the porch, which is not among the mandatory parts. It either leads under the roof of the main building or acts as a separate structure.

The porch has two important functions in a private home

First, the extension organizes easy and quick access to the rooms located inside the building. Secondly, the porch plays a serious role as a significant decorative and structural detail of the facade of the building, which is most noticeable for wooden houses. In the form of additional decorations are actively used carved elements of the canopy or fence, made in the national tradition.

Lack of any additional functions other than the two listed above, the porch differs from the terrace or porch, which are used for various purposes, ranging from recreation and ending with cooking. In fact, the porch refers to highly specialized elements of the building.

Veranda is erected as a closed extension, adjacent to the main building

As a rule, the construction does not provide heating, but in the form of compulsory element is the roof or shelter. On one or more of the three open sides of the veranda is a fence, for which today are used both wood, glass or plastic.

The main functional purpose of the construction is to obtain additional useful space for recreation or entertainment. In recent years often built insulated and heated verandahs, which allows the operation of facilities in year-round mode. In this case there is a need for foundation, which increases the cost of work necessary for the construction of extensions.

Often in such a situation, the difference in mass of the main building and the veranda being erected becomes a serious problem. The problem is solved in two ways. The first one implies that there is no rigid connection and no connection between the base structures. The second option involves the erection of both buildings on a single foundation. For the comfortable operation of the veranda requires a competent arrangement of the roof, which is either brought under the overall roof of the house, or also performed as a single structural element.

In many operational and design respects, the terrace is not much different from the veranda

Usually it is erected as an unheated structure adjacent to the main house or separately. In some cases, a roof or canopy is erected, which do not act as a mandatory element of the design. The floor of the terrace is raised above the ground to 25-50 cm and represents a solid platform.

Often the terrace is enclosed on several sides. Often its design involves communication with the main house – with the use of the door when built as an extension, or with the device of a special closed transition when selecting a variant of a freestanding building. The terrace is used for a variety of purposes – as a recreation room, kitchen and even dining room.

Depending on the purpose, the type of finish and materials used in construction are determined. Drainage for the house – a system, the purpose of which is to prevent the foundation of the building from getting wet and to prevent moisture from getting into the basement of the cottage. Overhangs are a roof construction element designed to protect a building from precipitation.

They protrude beyond the walls of the house to prevent moisture from getting onto them.

This may be a good place to introduce yourself and your site or include some credits.