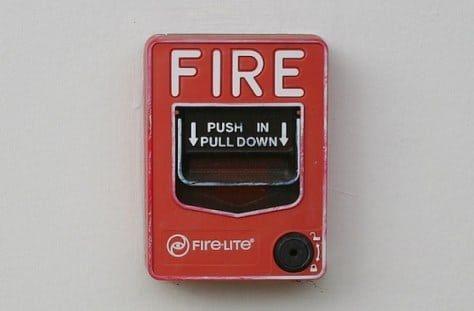 The security of any house is a complex multi-level system consisting of individual elements, called subsystems. Such elements are interrelated with each other and are to some extent implemented in every dwelling house. If we talk about subsystems separately, it can be noted that each of them is a separate technical complex with its own equipment and special technologies.

Depending on the class of the object, subsystems can be implemented in different ways. For example, for creation of the simplest access control system it is necessary to provide each entrance of an apartment house with an intercom, to implement technology of individual access cards or universal electronic keys. The access control service, in its turn, apart from the necessary equipment, assumes the presence of special staff (security officers), who will monitor the residents’ privacy, limiting the access of third parties to the territory of an apartment building or an apartment complex.

The system of dispatching and monitoring of engineering systems of the house. Technologies for collecting, processing, storing and displaying information. It is a prerequisite for any residential building to have a fire alarm system.

It represents a combination of devices: sensors, control-receiving device, connecting lines and executing units. As for the sensors, to date are used their smoke and heat variations. The principle of operation of smoke detectors is based on registering changes in the optical density of the air, in other words, they react to the signs of smoke in the premises of the apartment building.

In turn, heat sensors react to temperature changes, exceeding a predetermined threshold. One of the basic and most common forms of access control is the installation of intercoms. The device of such equipment presupposes two parts: the main unit and individual panels. The main unit is installed at the door leading to the entrance, it is equipped with a speaker, a microphone, keys to dial apartments and, in most cases, a solid vandal-proof housing. For the installation of this unit an iron door with double layer construction is needed.

The second element of intercom equipment are individual panels installed in apartments. Such panels are similar to telephone sets and have a receiver and a single button responsible for opening the front door. In the elite- and business-class homes are often installed more advanced systems, called video intercoms.

They differ from the above devices in their ability to capture video images of the visitor. To do this, the outer unit is equipped with a video camera, and the panel located in apartments, equipped with displays, broadcasting images of the visitor. Providing not only auditory but also visual information directly enhances security. But such equipment costs a lot more. The video surveillance system is not a necessary security criterion, but it has a considerable influence on the degree of residents’ protection against external threats.

The best option to ensure maximum safety of residents is the organization of a centralized video surveillance system. It assumes placing a certain number of cameras in the yard and directly in the building, the image from which comes to the control room and monitored by the operator. This makes it possible to carry out complex control and react in time to various emergency situations, such as entering the territory by unauthorized persons, faults in the equipment, etc.п.

To organize such a system it is important to arrange the video cameras rationally by defining priority control zones.

This may be a good place to introduce yourself and your site or include some credits.